Home > Beauty Remedies > Face Remedies
When you buy through our links, we may earn an affiliate commission. As an Amazon Associate we earn from qualifying purchases. Learn more.

The hot ticket on the red carpet of late is the subdued look, and Good Morning America’s Abbie Boudreau shared some insights and suggestions about this beauty trend that some are calling the Make-Under. 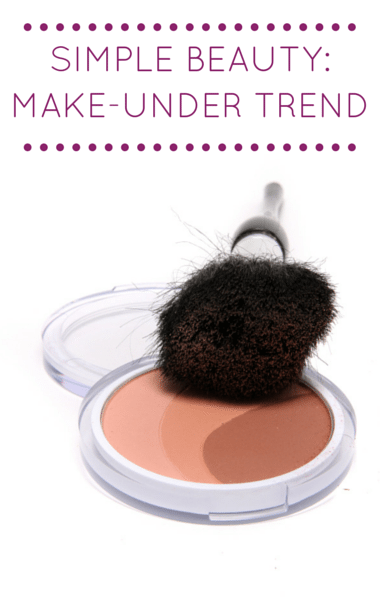 Good Morning America talked to beauty experts about the trend of the Make-Under. Makeup Mandy shared the three important areas to focus on for this look. (GVictoria / Shutterstock.com)

It has been popularized by Julianne Moore in Still Alice, Reese Witherspoon in Wild, and Jennifer Aniston in Cake. Giving up glamour for a more serious look is all the rage. Supermodels and musicians are also getting in on the act by sharing selfies without makeup on social media.

“There’s a secret to looking like you have no makeup on,” according to Amanda Jacobellis, owner at Makeup Mandy in West Hollywood, California. It turns out there are actually three secrets: Lips, Lashes, and Lift.

First, wash your face. Then it’s time to do the lift by contouring the cheekbones and chin using bronzer. As for Lashes, even affordable drugstore lashes can help your eyes appear more bright. For the Lips, try applying a bit of shiny gloss toward the center of the lip.

Celebrity makeup artist Mally Roncal was in the Good Morning America studio with anchor Amy Robach. They unveiled the morning’s makeover results on volunteer subject Madison. Before the make-under, Madison was wearing full makeup and looked ready for a night out.

Even Madison seemed happy with her Make-Under results. “It’s so fresh,” Madison said. Mally explained that they started by removing the makeup she was already wearing, and then they targeted a few key areas to achieve her subtle look.

Roncal said that Madison’s brows were too dark, so they highlighted and lifted them, but went with a lighter shade. The expert also said to use bronzer sparingly, primarily as a contouring tool “around the perimeters of the face and the hollows of the cheeks.”

Then came the eyeliner, which Roncal said is everyone’s favorite. You don’t want to overdo it, and the key is to “dab deep within the lashes so it’s just a nice thin line.” Since Madison is young, Roncal suggested using a fun color such as plum or green.

Madison was confident that she could recreate the look at home, using softer colors as she learned during her Make-Under. Have you tried out this trend yet?

Pat Howard lives in Los Angeles, where he is always on the lookout for great home remedies and budget-conscious household hacks.